Marquetry, also knows as Taracea, is the art of combining and assembling precious woods.
Susana Cirille says: “the excellence of a picture done in marquetry, is measured when it is mistaken for a painting“.

Marquetry is the art of painting with wood. The first samples are to be found in wooden tiles that were made in ancient Egypt. The art was rediscovered by the ecclesiastical orders during the Renaissance and reached its highest level of perfection during the eighteenth century, mainly as a form of embellishment of furniture for royalty. The material used is wood originally cut into very thin sheets. She chose these species in order to get the right combination of grain, color and texture to give your work the design you want.

The parts are assembled, the entire image is adhered to a rigid base, then sanded the picture and finally applies a wood finish that protects and beautifies the whole piece. 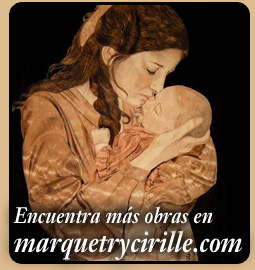 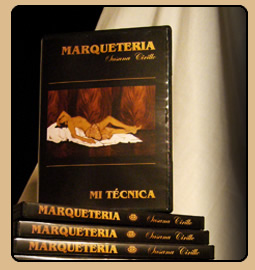